Chart 1: Copper in bonded warehouses in China
Tins of sardines were very hard to obtain in the UK during World War 2.  As a result, the tins were often simply traded between companies, without ever being eaten.

One day, a company decided to open some tins to provide a celebratory lunch for its workforce.  They found that all the sardines had decayed, and were uneatable.  The company complained to its supplier, only to be told - "That's not our fault.  Those sardines were for buying and selling, not for eating."

This is the best analogy we can make for the ‘collateral trade’ now dominating many commodity markets due to the growth of China’s shadow banking sector to $3.5tn+.  This trade has even begun to be seen in polymer markets, with polyethylene now involved.

The ‘collateral trade’ has been a major component of the financing required to support China’s $10tn lending boom over the past 5 years.  The volumes involved are huge – China has been buying two-thirds of the world’s supply of iron ore, and has been responsible for 40% of global copper market demand.  Reuters has suggested that 100 million tonnes of iron ore are currently "off-market" by being tied up in the 'collateral trade'.  This volume is enough to build 1200 buildings the size of New York's Empire State building.

These vast stockpiles have also helped to keep world market prices at high levels in recent years.  But now there are clear signs that the various schemes involved in the bizarre world of China's trade finance, which helped finance these stockpiles, are imploding.  The reason is that China’s leadership want market forces to play a much greater role in the economy, as we described in Will Market Forces Start to Play a Major Role in China?
Two such schemes are as follows: 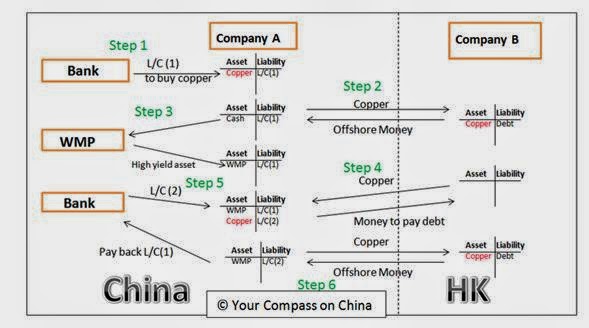 Chart 2: How Letters of Credit have been used to fund property trading via WMPs
This scheme uses inventory to obtain off-shore cash to invest in Wealth Management Products (WMPs) via the shadow banking system.  These WMPs can attract interest rates of up to 60%, from real estate developers to finance building work on their apartment blocks.

An example of how it can operate using Letter of Credit (L/C) trade finance is as follows:

Company A now only has only LC2 left to repay, and its investment in WMPs means it is earning a much higher interest rate than cost of the L/C.  In addition, the relentless appreciation of the renminbi since 2009 created an additional exchange rate gain.

A key attraction of the system is that whole cycle can be repeated endlessly.  It can also involve multiple trades and overseas associated companies.  Investment bank Goldman Sachs suggest that up to $160bn may have been involved in such capital inflows since 2010.

The commodity is, of course, never actually used.  But because it is being held off-market as collateral, the outside world assumes this perceived demand is proof of China’s insatiable demand for commodities.  So investors line up to fund new developments to increase global supply, not realising the end-use of their money is to fuel China’s property bubble.

Scheme 2: Buying imported product to sell on the futures market

This scheme is a simple variant on the above. It involves buying an imported product on normal 180 day (or longer) payment terms, and then immediately selling the product on a futures market.  This is what appears to have happened in Q1 with polyethylene.
The buyer then uses the credit provided by the seller to fund their investment in WMPs.

2.     Everybody loved these Schemes – until the 3rd Plenum

The above schemes have been in operation since the stimulus programme began in 2009, and the players have made very healthy profits from them.  The previous Chinese leadership was also happy to allow these schemes to flourish.  They saw shadow banking as helping to support some of their key objectives by:

The producers of the various commodities involved, and their investors were also happy.  Commodities tied up in 'collateral financing' were effectively "off-market" as they couldn't be sold into the physical market.  So the 'collateral trade' helped to create the illusion of a tight market, and provided major support for world prices.
China’s 3rd Plenum changed all this however, as we described in our March Note.

3. Now the new leadership is forcing the sardine cans to be opened

Many players in these schemes had assumed they could continue for ever.  But China's new leadership understands that China's credit bubble has created enormous risks for economic stability.  As state-owned China Daily commented last month under the heading 'Let the bubble be squeezed':

"Admittedly, a thriving real estate sector has served as both a growth engine for many local economies and a key driver behind the country's urbanization.  However, it makes no sense to try to sustain a property boom at any cost when it has become dangerously frothy.   Fortunately, policymakers from the central bank have not blinked in face of the short-term pressure of shrinking property sales."

Similarly, China’s Academy of Urban Design has warned:
"China, on the one hand, has witnessed the absurd phenomenon of 'ghost cities' and excess investment in property development. On the other hand, it has large, densely packed cities that have scant traffic management and medical resources.”

Thus the People's Bank of China (PBOC), the central bank, has begun to change the regulatory system.  One policy move has been to create exchange rate volatility by pushing down the value of the renminbi versus the US$.  This creates losses for those speculating in the trade finance area, and makes people more cautious about future exchange rate gains.

Now, however, the issue has begun to assume global significance.  This month, a $1.6bn scandal has erupted at China’s 3rd largest port, Qingdao, allegedly involving multiple loans made using the same collateral.  Reportedly, it involves 20KT of copper, almost 100KT of aluminium ingots and about 200KT of alumina.  We believe further scandals are likely to erupt in coming weeks, due to the pervasive use of trade finance for the ‘collateral trade’.

Everyone was happy ‘to turn a blind eye’ to the collateral trade when it was earning vast profits for all concerned.  But now, the party appears to be over.  And the hangover that it leaves is likely to be extensive:
At the same time, of course, the government’s decision to squeeze the property bubble removes the original rationale for the trade finance schemes to exist.  In fact, it is more likely that any downturn in the property sector will be self-reinforcing, just as the government seems to desire.

It is impossible to overstate the potential importance of these developments.


Investors have become lulled into a false sense of security in recent years by the combined impact of (a) central bank policy and (b) China’s apparently insatiable demand.  They have not wanted to ask too many questions, for fear of finding that ‘”all that glitters in not gold”.  Thus they have happily financed major expansion in the supply of major commodities, assuming that central banks will keep interest rates low, and that China will continue to buy.

This assumption is likely now to be severely tested.  We suspect that the recent investigations in Qingdao will prove to be just the tip of the iceberg, and fear that the world is about to witness a disorderly unwinding of the ‘collateral trade’.  The gravity of the situation is confirmed by the fact that state-owned Citic Corporation has now gone to court in Qingdao to try and secure the assets it believes that it owns.

The risk that we will now see a 'dash for the exists', as described by Hyman Minsky:

Minsky argued that such long periods of stability leads to major instability, as investors become complacent about risk.  An event then occurs, such as today’s unwinding of the collateral trade, which makes them realise they have overpaid for assets during the bubble.  They then rush for the exits, only to find that potential buyers have disappeared.

We do not underestimate the potential impact and pain that will likely now ensure. But it is clearly a necessary development.  The volumes now tied up in these bizarre trade finance schemes have simply become too large to be financed on an ongoing basis.  Our concern is that a 'vicious circle' may now develop, impacting both good and bad assets.

Commodity makers investors in their ‘dash for cash’ may well find that liquidity has disappeared from their favoured “risk-on” markets.  They will thus be forced to sell high-quality assets in order to meet their commitments.

About Polarwide:  Polarwide is a Hong Kong-based financial and strategic advisory firm advising international companies with their Asian strategy.

Daniël de Blocq van Scheltinga was the first foreigner to be granted permission to run the finance company of a top-tier Chinese State Owned Enterprise, when  establishing and managing ChemChina Finance Company.  Previously, Daniël held a variety of senior positions in corporate and investment banking, including as Asia Pacific Head of Chemicals and Asia Head Asset Based Finance for ABN AMRO.
He has lived in Hong Kong for 14 years, and continues to spend much of his time in China, advising both international and Chinese firms, as well as leaders in the public and private sectors.  Daniël is a graduate of Leiden University in the Netherlands, holding a Master of Law degree with a speciality of International law.

Paul Hodges is a trusted adviser to major companies and the investment community, and has a proven track record of accurately identifying key trends in global marketplaces. He has been widely recognised for correctly forewarning of the 2008 global financial crisis. His analysis of the key role of demographics in driving the global economy is now attracting increasing interest from senior policymakers and executives.

Paul is Chairman of International eChem (IeC) and non-executive Chairman of NiTech Solutions Ltd. Prior to launching IeC in 1995, Paul spent 17 years with Imperial Chemical Industries (ICI), both in England and the USA, where he held senior executive positions in petrochemicals and chloralkali, and was Executive Director of a $1 billion ICI business. Paul is a Freeman of the City of London and a Member of the Energy Institute.  He is a graduate of the University of York, and later studied with the IMD business school in Switzerland.

Disclaimer
This Research Note has been prepared by Polarwide/IeC for general circulation.  The information contained in this Research Note may be retained.  It has not been prepared for the benefit of any particular company or client and may not be relied upon by any company or client or other third party.  Polarwide/IeC do not give investment advice and are not regulated under the UK Financial Services Act. If, notwithstanding the foregoing, this Research Note is relied upon by any person, IeC/Polarwide do not accept, and disclaim, all liability for loss and damage suffered as a result.

Posted by Polarwide Perceptions at 11:38