China Accelerates its Reform of the Financial Sector 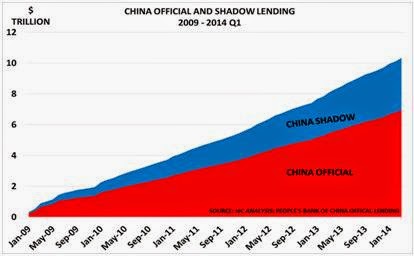 China’s lending programme since 2009 has been the largest in the world at over $10tn.  As Chart 1 shows, its official lending totalled $7tn at the end of March, with estimates of so-called ‘shadow lending’ suggesting this was now around $3.5tn, half the size of official lending.  By comparison, total US Federal Reserve lending though its Quantitative Easing programme currently amounts to $3.9tn.

The financial sector reforms announced at China’s Third Plenum last November thus have implications well beyond China itself, as we discussed in our March note (Will Market forces Start to Play a Role in China?).  The government’s aim is to start to allow “market forces to play a decisive role”, in line also earlier commitments made when China joined the World Trade Organisation.

Before discussing the implications of this development, it is important to first understand how China’s financial sector currently operates.  The key point is that the Chinese banking sector is an integral part of the state:

This close linkage between government and banks means that the decision to reform the financial system has major implications for the entire SOE sector, and is a key part of the move to reform it. Importantly, though, the need to speed up the reform process has been made imperative by the rapid growth of Yu’E Bao, established in June 2013 by Ali Baba, China’s giant internet marketplace:

In addition, there is the issue of the shadow banking system, which has come into global prominence  in the past 2 years, whilst the authorities have been trying to stabilise official lending.  Shadow banking was originally established in the early 1980s, as an informal mechanism by which privately-owned companies could lend to each other to fund their development.  (The Appendix provides a chart explaining the different lending mechanisms operated by the official and shadow banking systems.)

But today it has grown to become a core part of China’s financial system with its capital provided by private and public sector organisations.  These include trust companies (often owned by the banks), as well as corporates and local government financial vehicles.  Individuals are also lenders, with  many ordinary Chinese attracted by the promise of potentially high returns.

As the Appendix shows, it does not retain reserves against bad debts and other costs.  Thus its recent rapid growth has prompted major concern due to (a) it being very lightly regulated (b) its role in helping to circumvent official lending limits and (c) its lending being associated with weak credit standards and potentially unenforceable repayment guarantees.

Yu’E Bao’s success, allied to the need to better regulate the shadow banking sector, has thus underlined the need for major Chinese banks to be able to provide similar products to their customers.  This can clearly only occur as a result of reform.  Two examples highlight the changes now underway:


A further step also seems likely, following a comment by the governor of China’s central bank that “deposit-rate liberalisation is on our agenda," especially as he went on to add that “I personally think it’s very likely to be realised in a year or two."

This would be a very important milestone, as it would create proper competition between banks and businesses such as Yu'E Bao.  It would also further reinforce the message that market forces should be playing “the decisive role”.  Lenders will not only have to analyse risks properly, but will also need to allocate more funds to credit-worthy private firms, who are able to pay higher rates than SOEs.

It is also a very aggressive timeframe, underlining the growing urgency of the new leadership with regard to implementing its reform agenda, and overcoming powerful vested interests.

These measures are important first steps in levelling the playing field between the SOEs and private companies.  They will mean that access to capital will become more market-driven, and make it easier for wholly-owned foreign enterprises to obtain onshore funding.  At the same time, the move towards more risk-based pricing for loans will help to promote necessary reform and consolidation in the SOE sector, by identifying the weaker players. 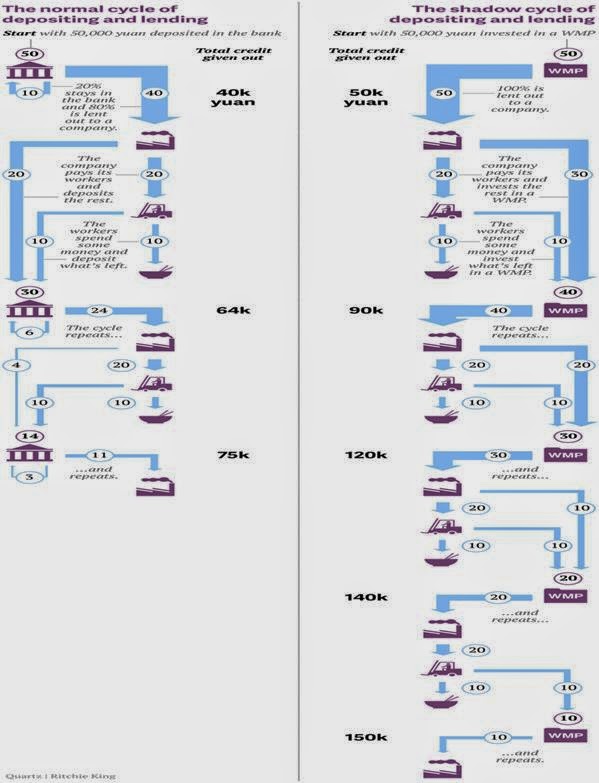 About Polarwide: Polarwide is a Hong Kong-based financial and strategic advisory firm advising international companies with their Asian strategy.

was the first foreigner to be granted permission to run the finance company of a top-tier Chinese State Owned Enterprise, when establishing and managing ChemChina Finance Company. Previously, Daniël held a variety of senior positions in corporate and investment banking, including as Asia Pacific Head of Chemicals and Asia Head Asset Based Finance for ABN AMRO.


He has lived in Hong Kong for 14 years, and continues to spend much of his time in China, advising both international and Chinese firms, as well as leaders in the public and private sectors. Daniël is a graduate of Leiden University in the Netherlands, holding a Master of Law degree with a speciality of International law.

is a trusted adviser to major companies and the investment community, and has a proven track record of accurately identifying key trends in global marketplaces. He has been widely recognised for correctly forewarning of the 2008 global financial crisis. His analysis of the key role of demographics in driving the global economy is now attracting increasing interest from senior policymakers and executives.

Paul is Chairman of International eChem (IeC) and non-executive Chairman of NiTech Solutions Ltd. Prior to launching IeC in 1995, Paul spent 17 years with Imperial Chemical Industries (ICI), both in England and the USA, where he held senior executive positions in petrochemicals and chloralkali, and was Executive Director of a $1 billion ICI business. Paul is a Freeman of the City of London and is a graduate of the University of York, and subsequently studied with the IMD business school in Switzerland


Disclaimer
This Research Note has been prepared by Polarwide/IeC for general circulation. The information contained in this Research Note may be retained. It has not been prepared for the benefit of any particular company or client and may not be relied upon by any company or client or other third party. Polarwide/IeC do not give investment advice and are not regulated under the UK Financial Services Act. If, notwithstanding the foregoing, this Research Note is relied upon by any person, IeC/Polarwide do not accept, and disclaim, all liability for loss and damage suffered as a result.


Posted by Polarwide Perceptions at 21:03